Hey there! I hope your week is going well so far! Have you ever been in a place where you look at something and you’re just tired of it? It’s been fine for forever, but today, not so much. Ya, that’s kind of where I’ve been with the curb appeal, or rather lack there of, of our home. We have been working hard on the inside for a while now, but the outside has been pretty much ignored. Kept up, but not changed.

I know I shared with you last summer some neighborhood creeping we did, trying to get some inspiration. And, if we’re being honest, nothing got done out there because it was summer, and it was hot. So, fast forward to last Friday and we had a fairly cool day, and absolutely nothing on our schedule, and we got a little crazy.

If you follow on instagram stories, then you may have seen what I’m about to show you. But, if not, here goes!! Here is a closer up view of the before of the front of our house, just as a reminder. 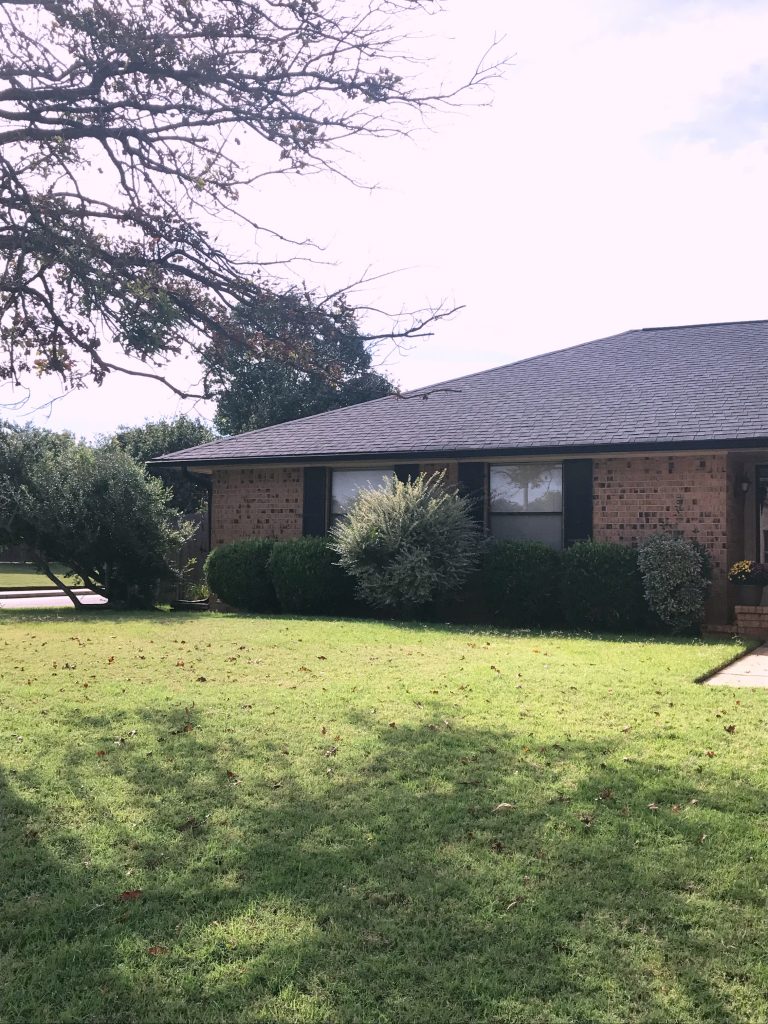 And here is where we ended the day!  😯 You can see the house! 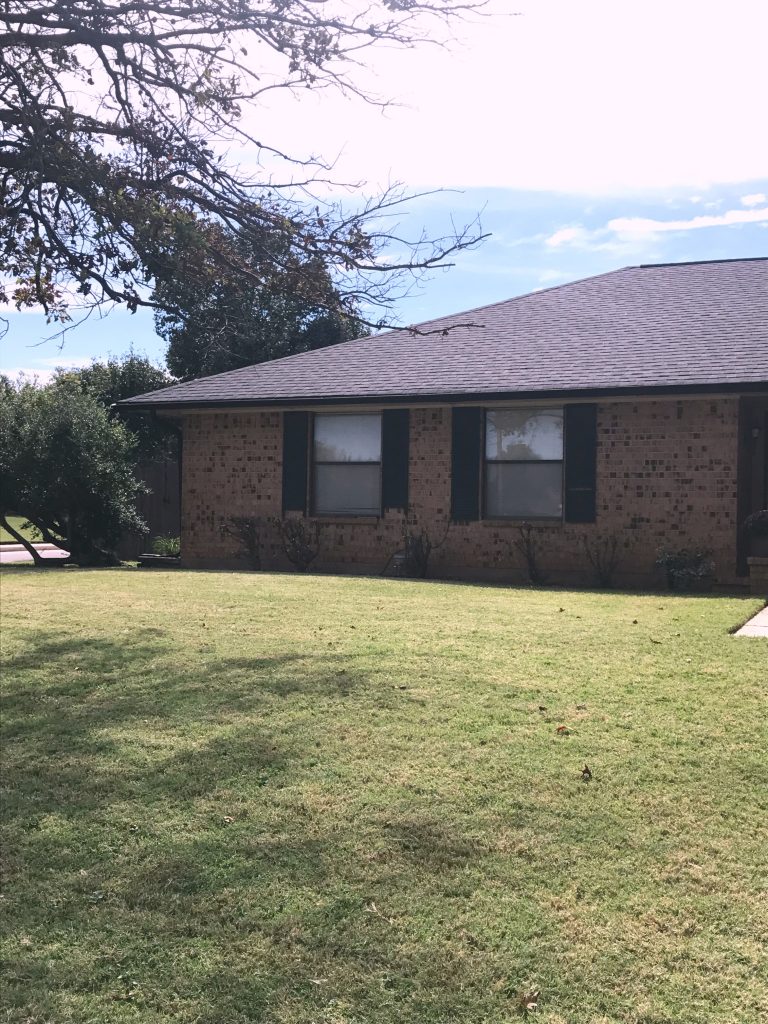 Wow right?!? I was too chicken to just pull out all of the bushes. If you’ve been around here for any length of time, you’ve probably heard me say more than once, that I’m a very visual person. So, Chopping the bushes back to nothing felt like a safe way to go. Most likely they would eventually grow back if I decided to leave them, but at least I could get an idea of what the house would look like without them. 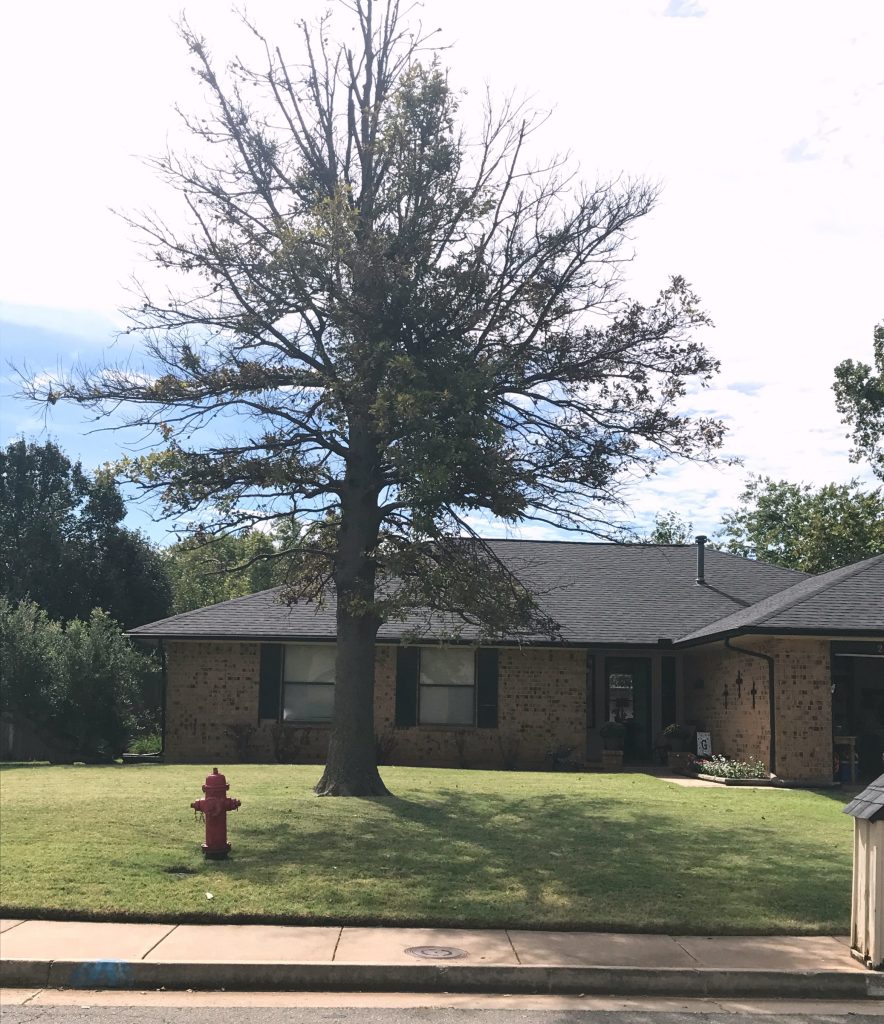 We also have the issue of the half-dead giant tree in the middle of our yard. We have held out hope for several years now. We have tried a few different things to bring it back to it’s original glory with no luck. So, that will probably be coming down at some point too.

The big bush in the middle is one hubby and I both really love, so it will be getting relocated, probably to the corner away from the windows.

I’m undecided about the tree/bush on the corner of the house. But, hubby really likes it. So, for now it’s staying.

Taking out the bushes exposed the bad shape of the shutters (you can see in the picture above – they’re falling apart). They are coming down next. We will be replacing them with something a little more up to date.

And then, there’s the thought of painting the brick. Which I may have mentioned before. I hate the color of the brick. I think it does absolutely nothing for the house. I love brick when it’s a pretty brick, but there is nothing pretty about this.

I love the look of these. Both from more around town creeping. 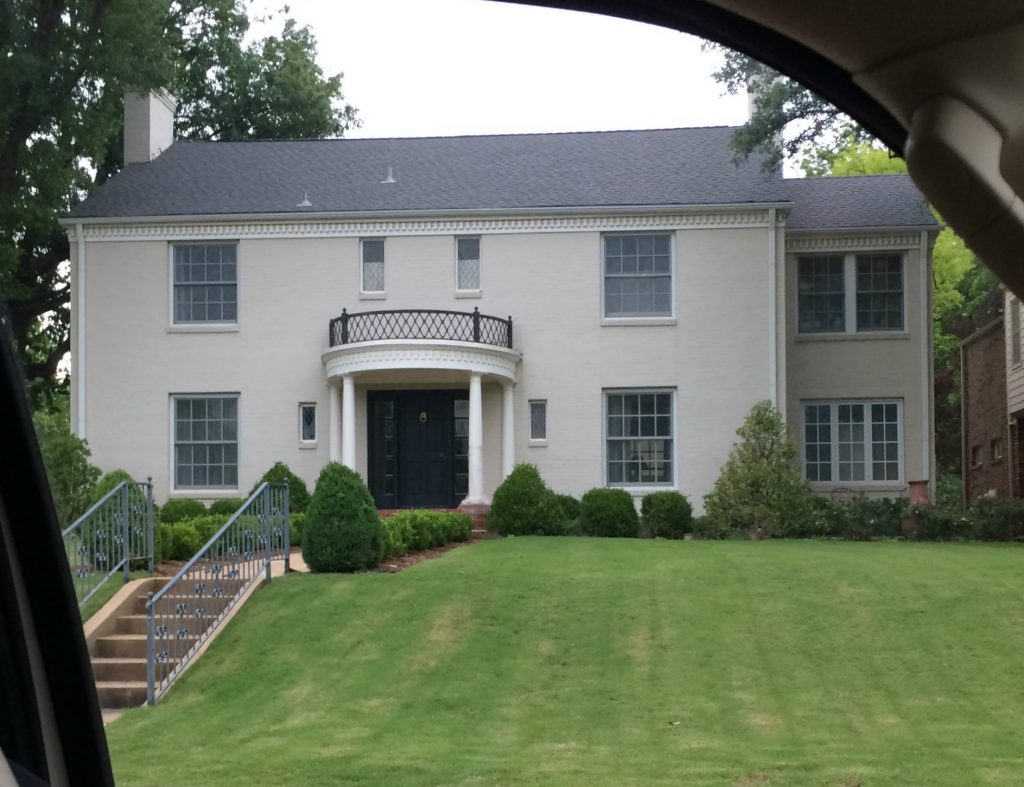 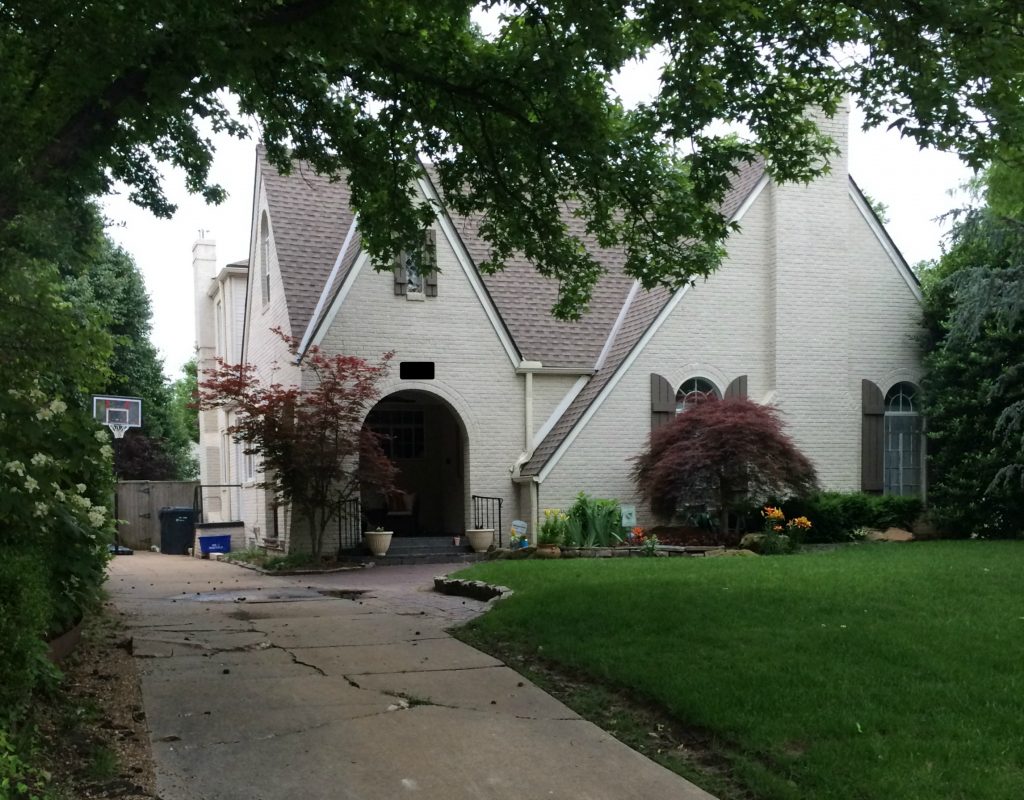 Just wondering if I have the guts to do it!! Ha! I love our white painted brick inside the house, so I’m sure I would love it on the outside too.

Who knows? It will probably happen on a whim, just like cutting down the bushes!!  😆

On another note. I’ve also committed to making some changes on the outside of myself. I’ve spent the last few years working on getting my insides healthier, and I truly FEEL better than I have in years. Now, I’m taking some of the extra energy I’ve found and focusing that on getting the outside into shape. I’ve been carrying around about 20 extra pounds for a while now. I know that doesn’t sound like a lot, but it’s extra that I’d rather not have. So, I’m upping my activity and ‘workouts’ and really paying attention to what I’m eating. I love bread people. And cheese. And chocolate. Pray for me. Ha! No really. We are heading into the holiday season, and I want to be armed with the will power to resist all the yummy temptations, and the determination to keep up the workouts! I’m comin for ya 2018!!

Have a blessed day friend!! Take some time today to make something beautiful and then enjoy it!!