So….back in December hubby whisked me away to the Big Apple to celebrate our 25th anniversary. Yes, our anniversary was months ago, but this was a dream of mine – to visit NYC during the Christmas holiday. We had the best time and I just wanted to share a few snippits of our trip with y’all! 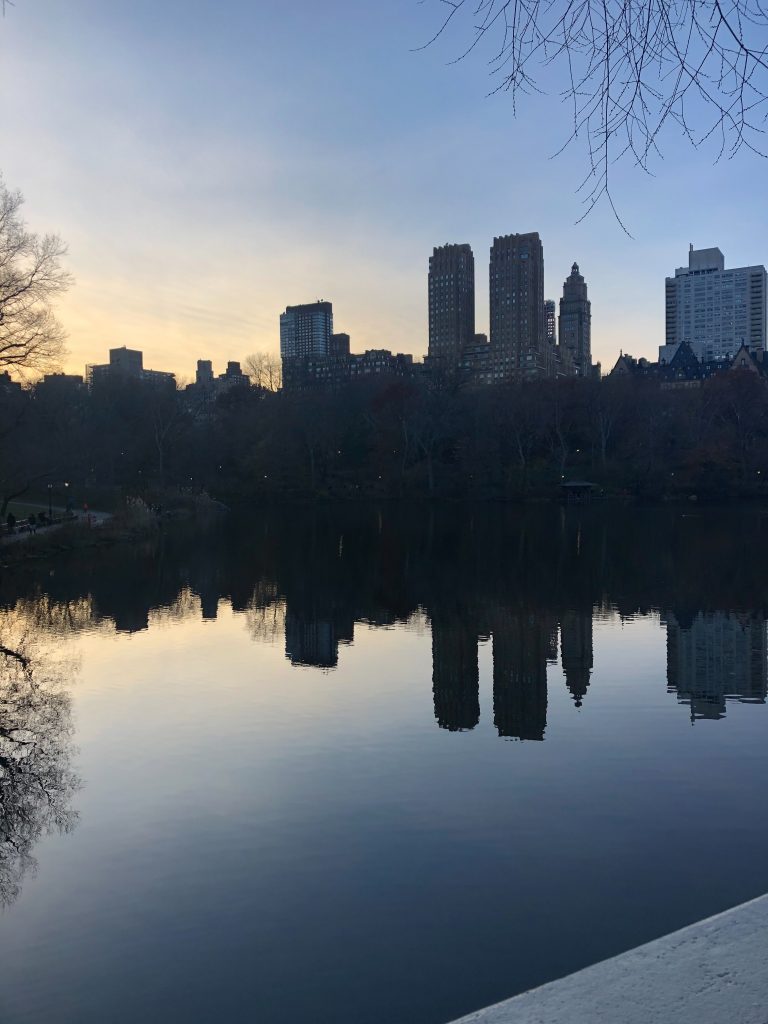 We stayed in the heart of Manhattan, seriously like a block and a half from Central Park. The location could not have been better. So thankful for a hubby that does the research and finds great places for us to stay at a price we can afford. I don’t have that kind of patience! HA!

My first tip for you would be to buy a subway pass. They have a 7 day unlimited pass that will pay for itself, even if you’re not there for 7 days. My next tip for you – ride the subway. We walked a ton, and I mean a ton. Like an average of 10 miles a day. 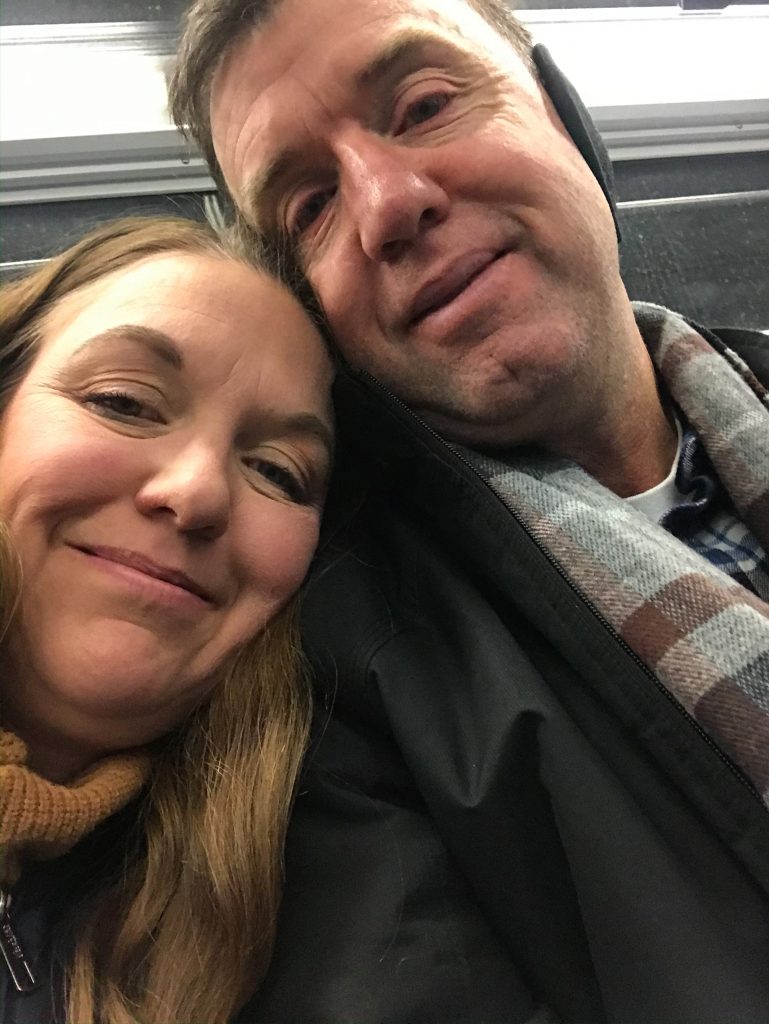 And, we rode the subway everywhere. That walking mileage would have doubled if we would have tried to walk everywhere! It seems like everything is really close, but it’s not. A New York City block is LONG.

We were there for 9 days which was great for us. I had only been once on a short trip with our church youth group and hubby had never been. So, we of course wanted to do all the tourist type things, but we also wanted to just explore the city.

We started our trip with a stroll through Central Park. I knew hubby would love it and he did. 🙂 In fact he ran in the park 3 or 4 of the mornings we were there! 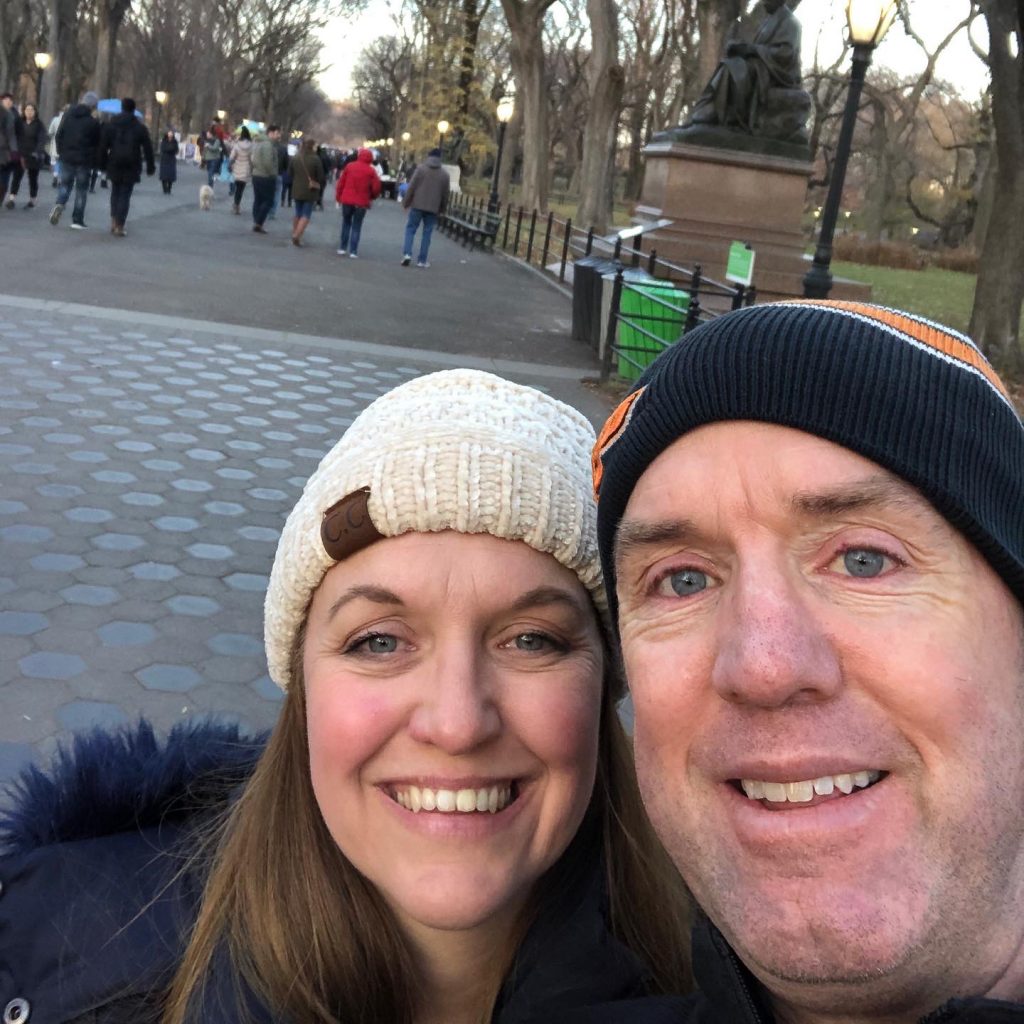 For the next few days we hit all the high points. Empire State Building, 9/11 Memorial and Museum, Statue of Liberty, Times Square, Grand Central, The Met, The Natural History Museum, New York City Public Library, and the Brooklyn Bridge. 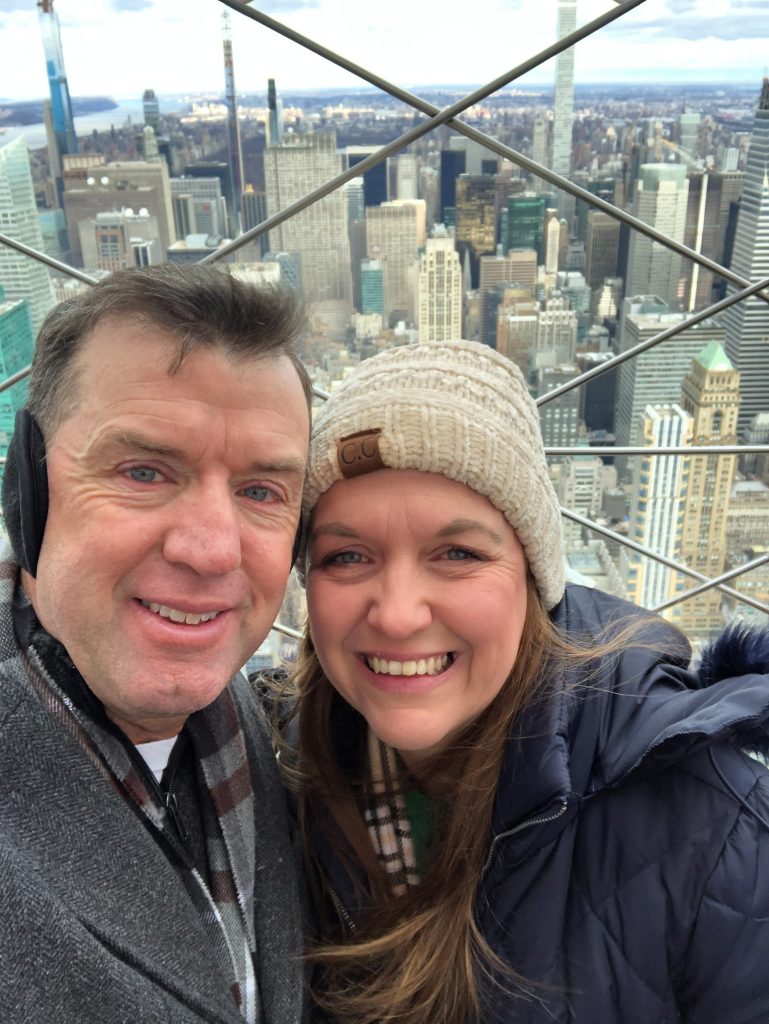 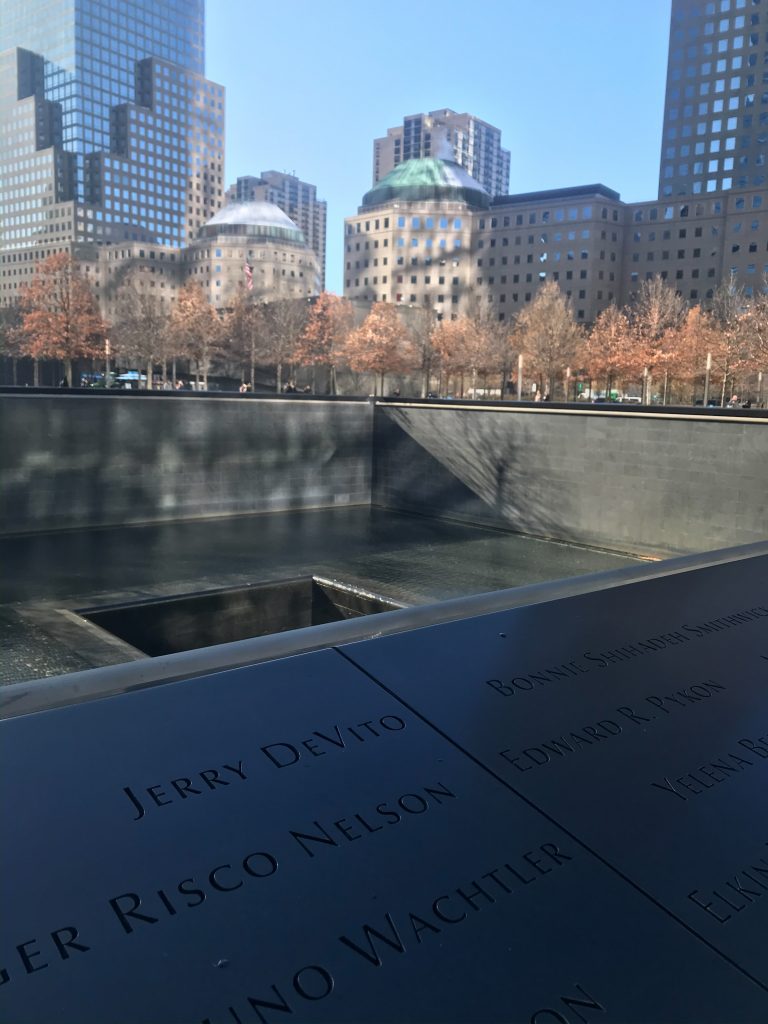 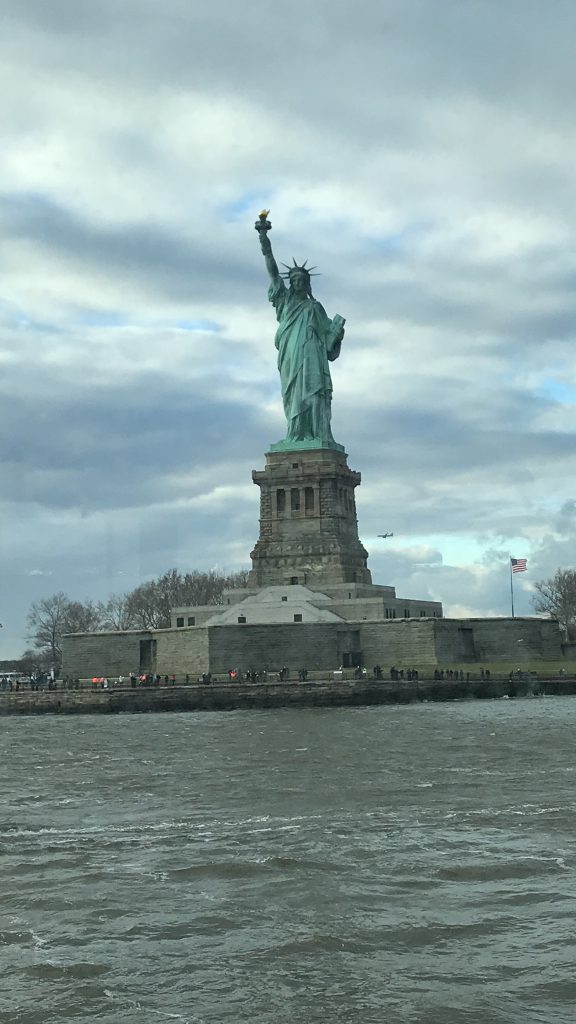 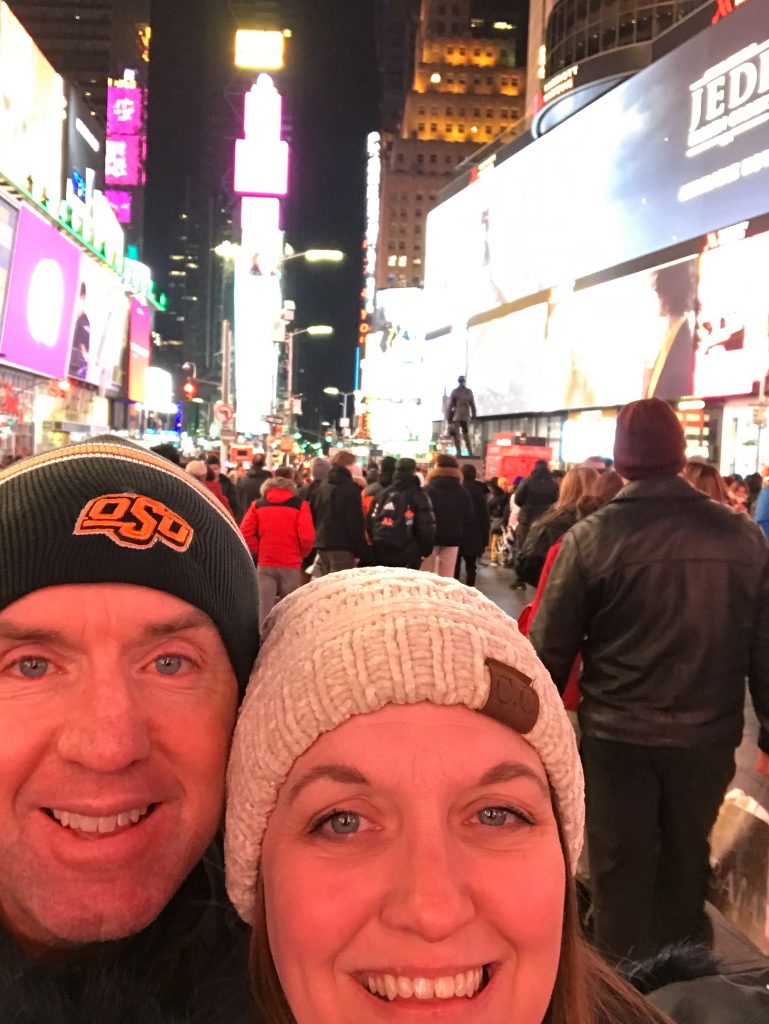 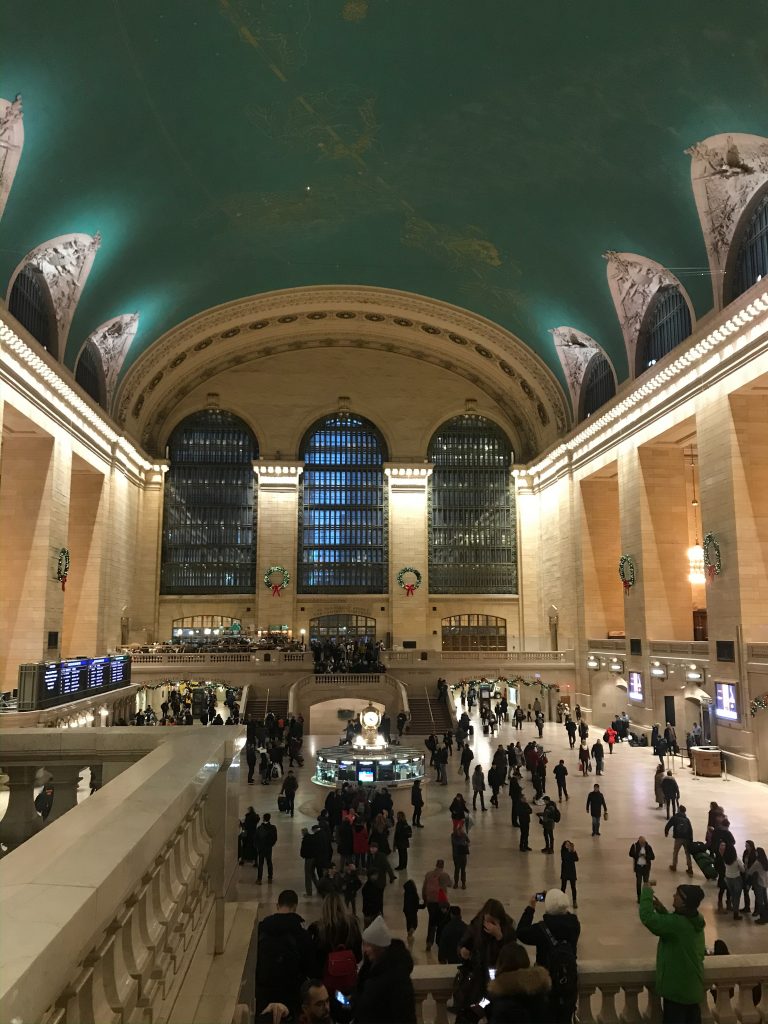 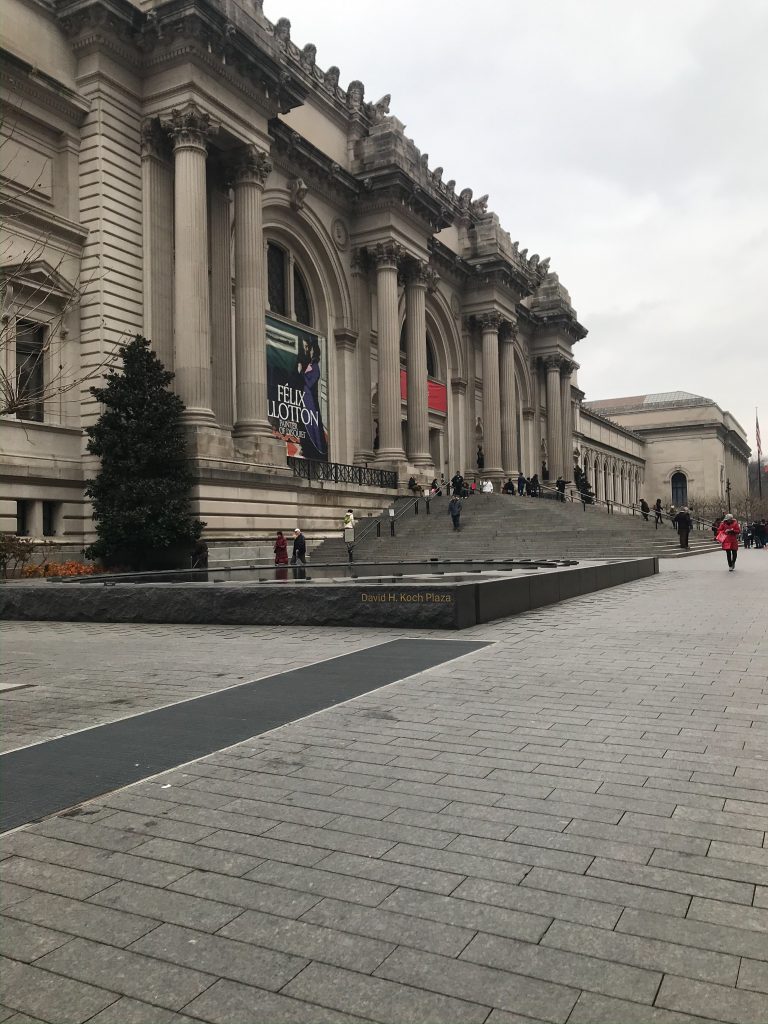 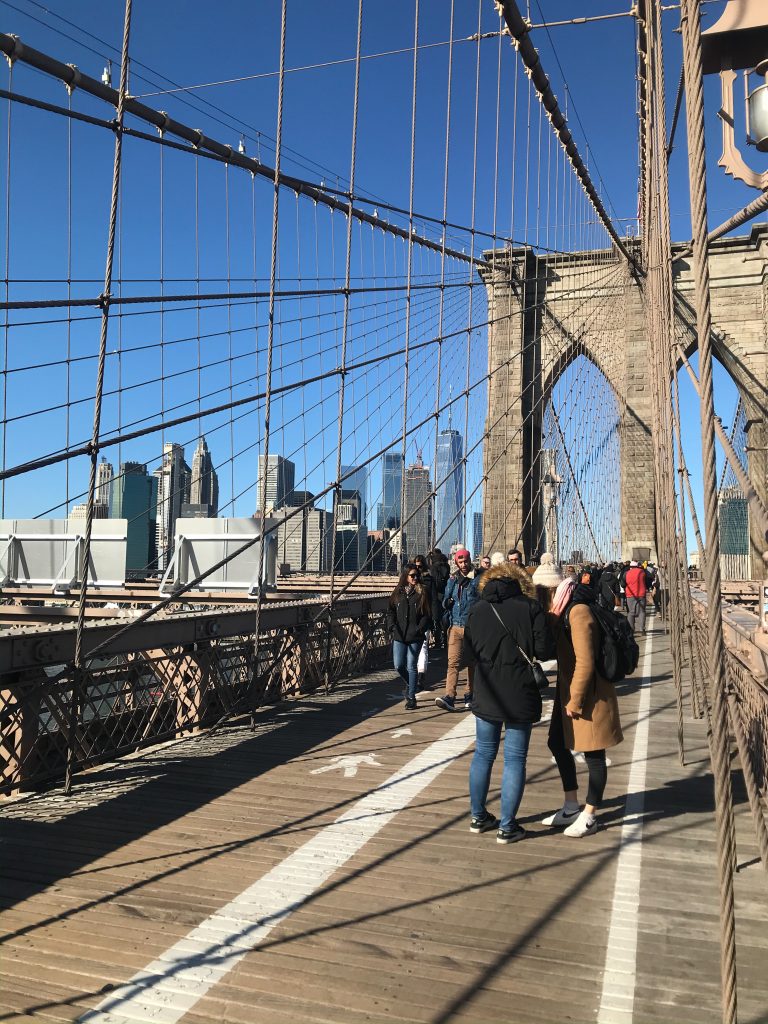 Then we each had our own bucket list of things to do. I wanted to see the Rockefeller Tree, the window displays on 5th Avenue, and Ice Skate in Central Park. 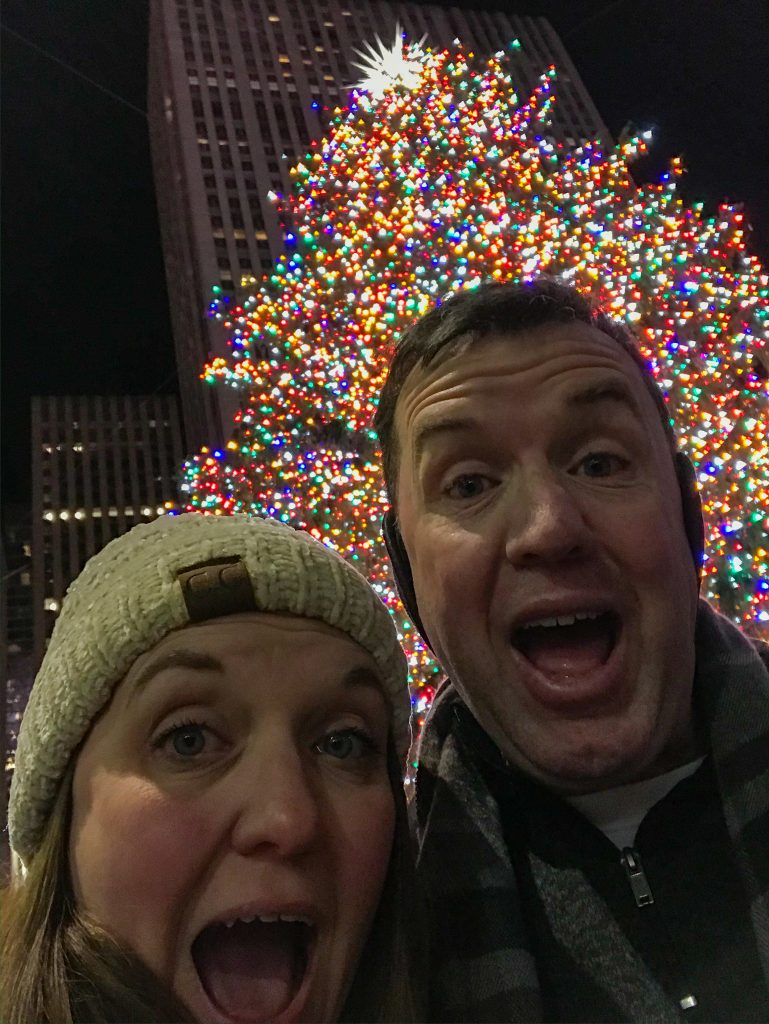 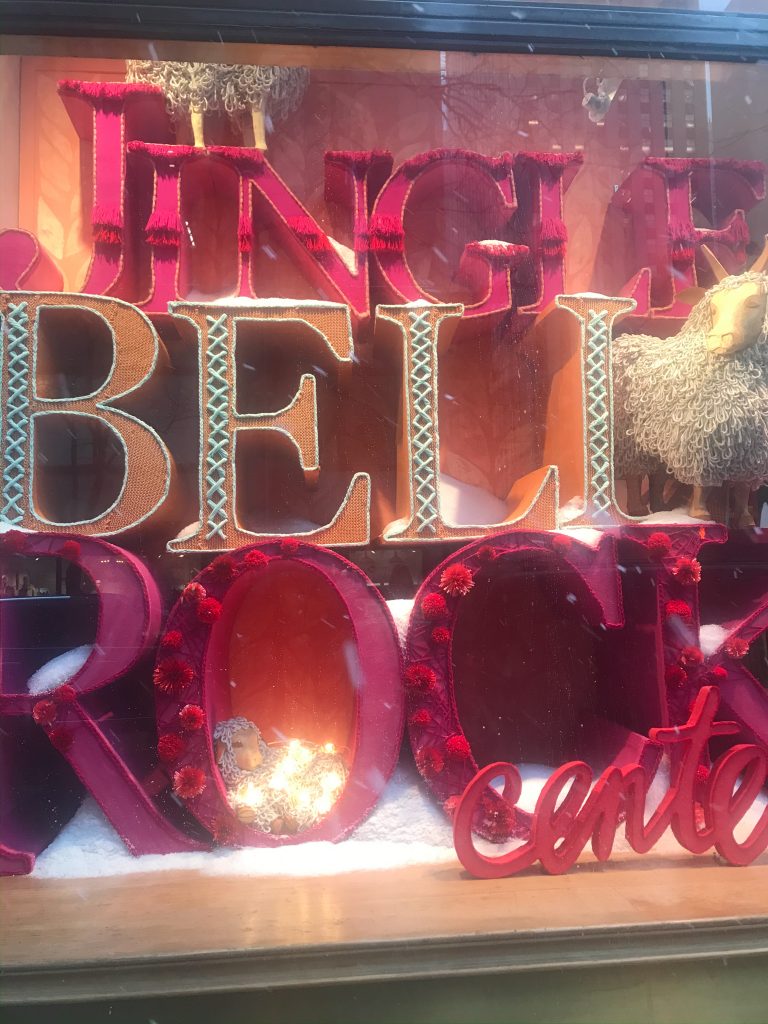 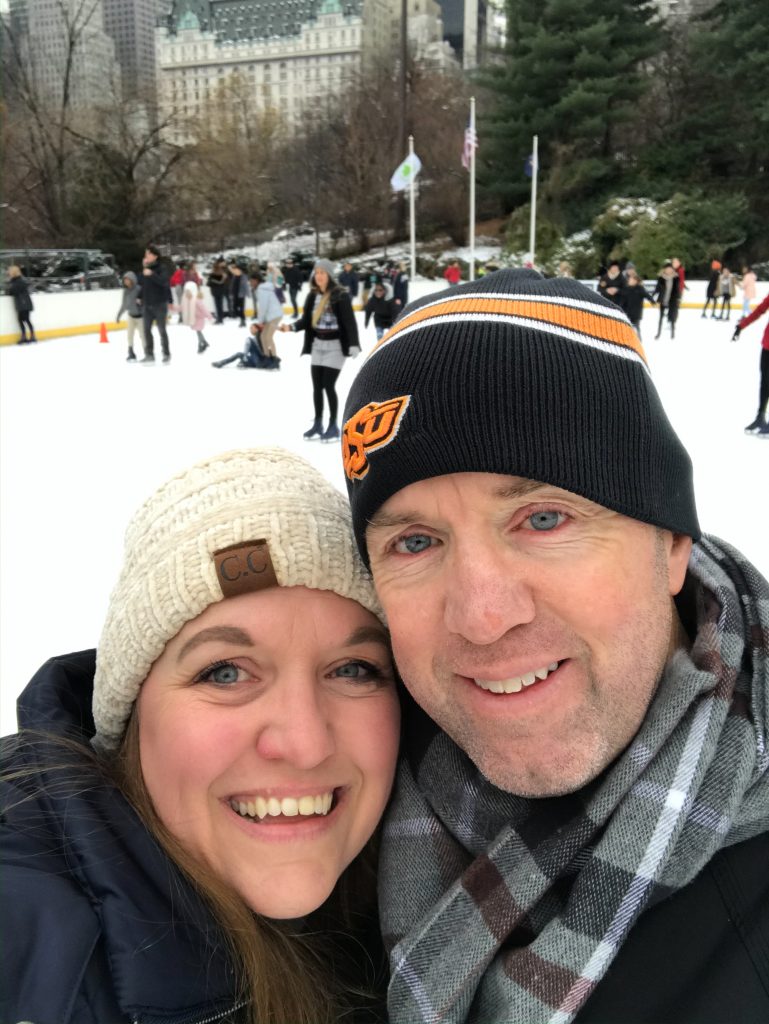 Hubby wanted to visit all of the boroughs outside of Manhattan, and play basketball at Rucker Park. 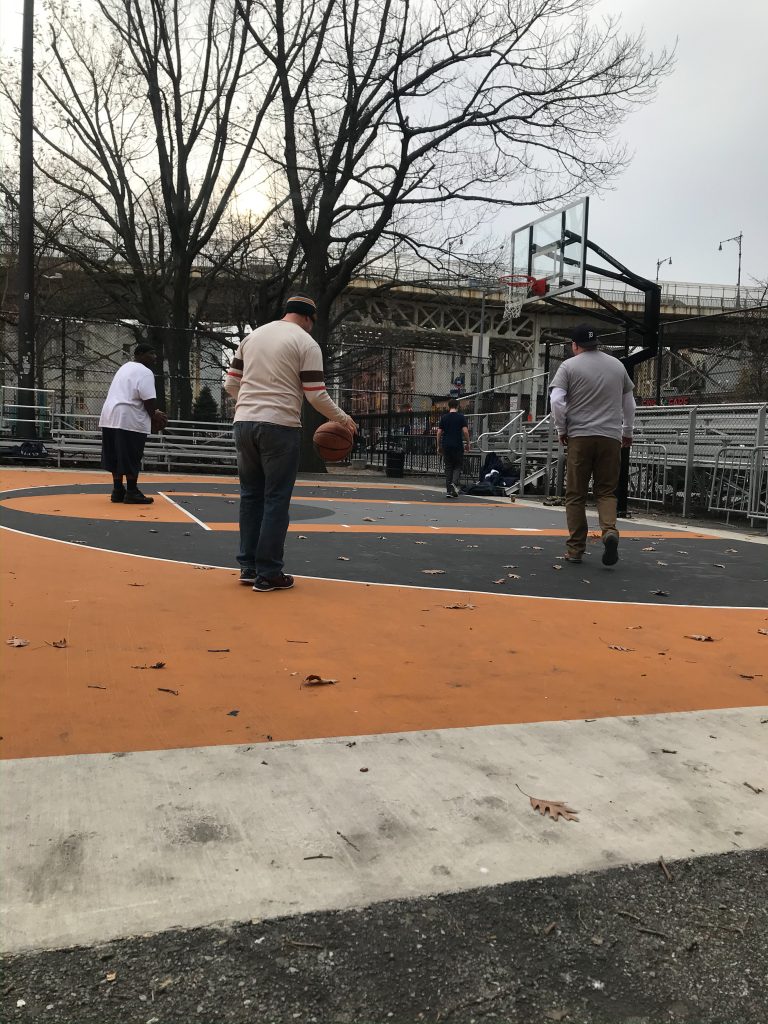 We didn’t make it to Staten Island, but we did manage to hit all the other boroughs at least once. We also managed to find some pretty brownstones, and a lot of good food. 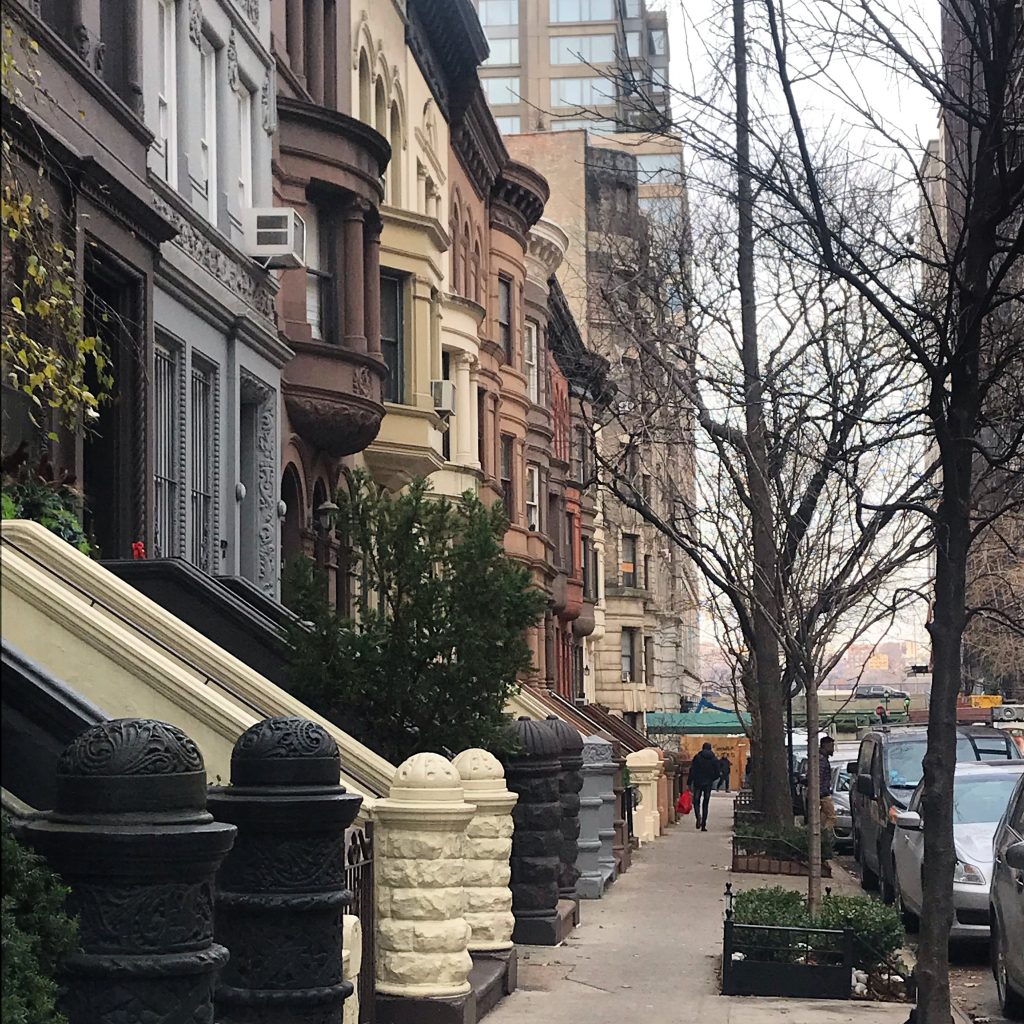 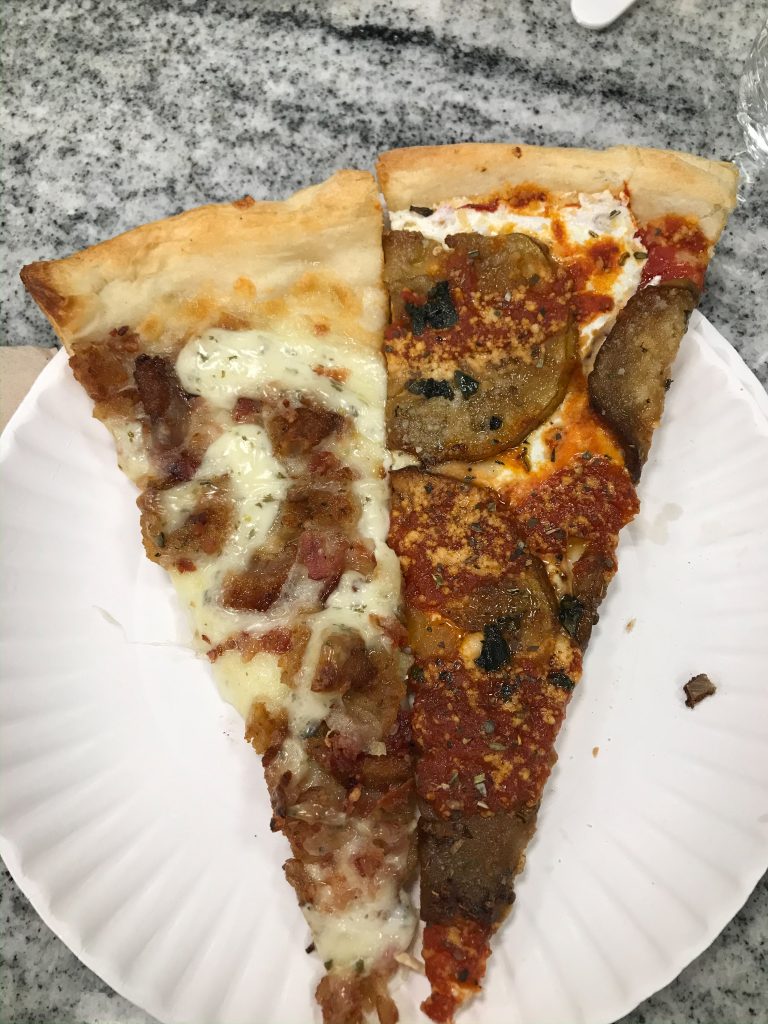 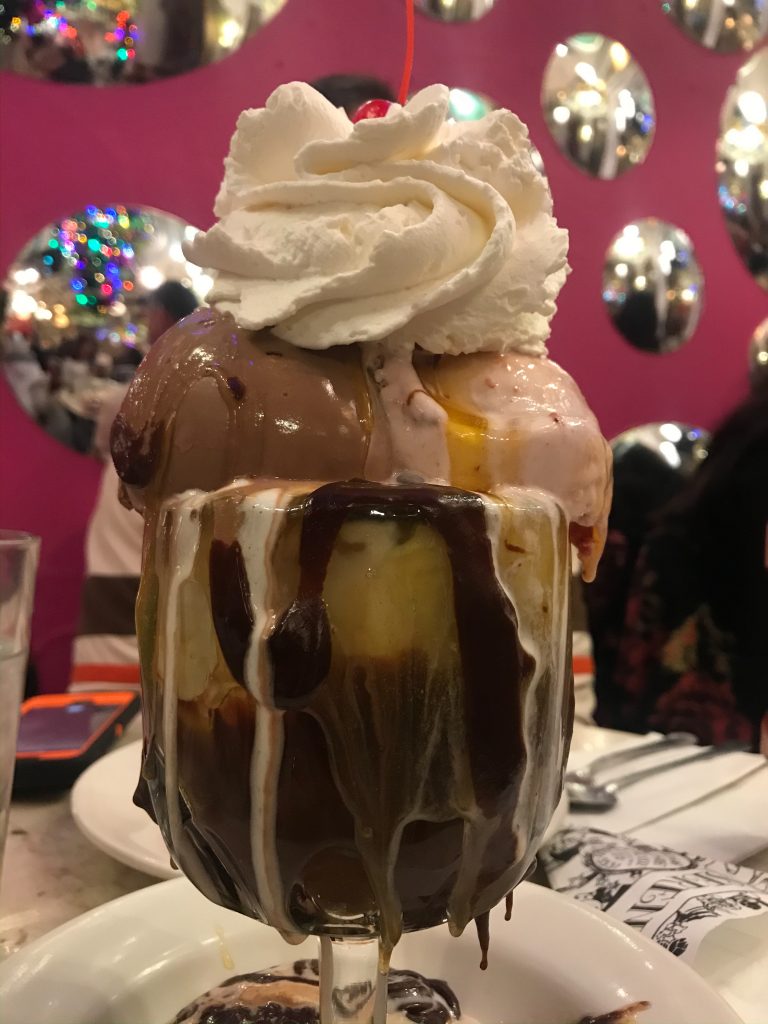 Oh, and not to mention the Rockettes Christmas Special with the live nativity at the end, and of course a Broadway show – we chose Wicked and it was amazing!! 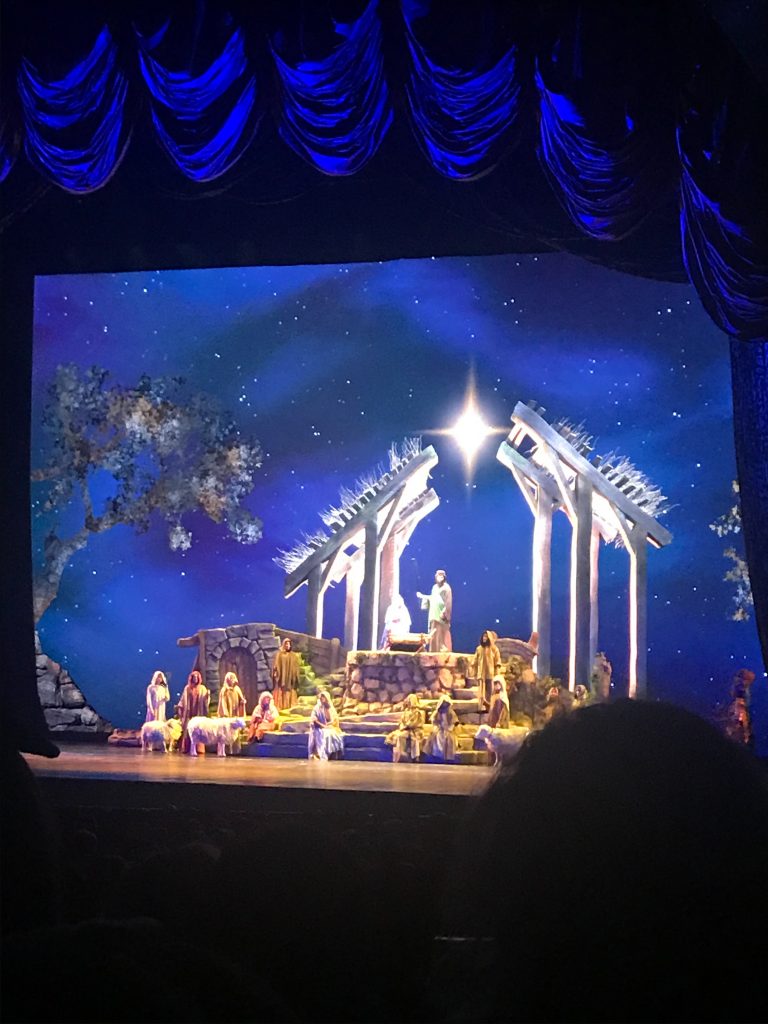 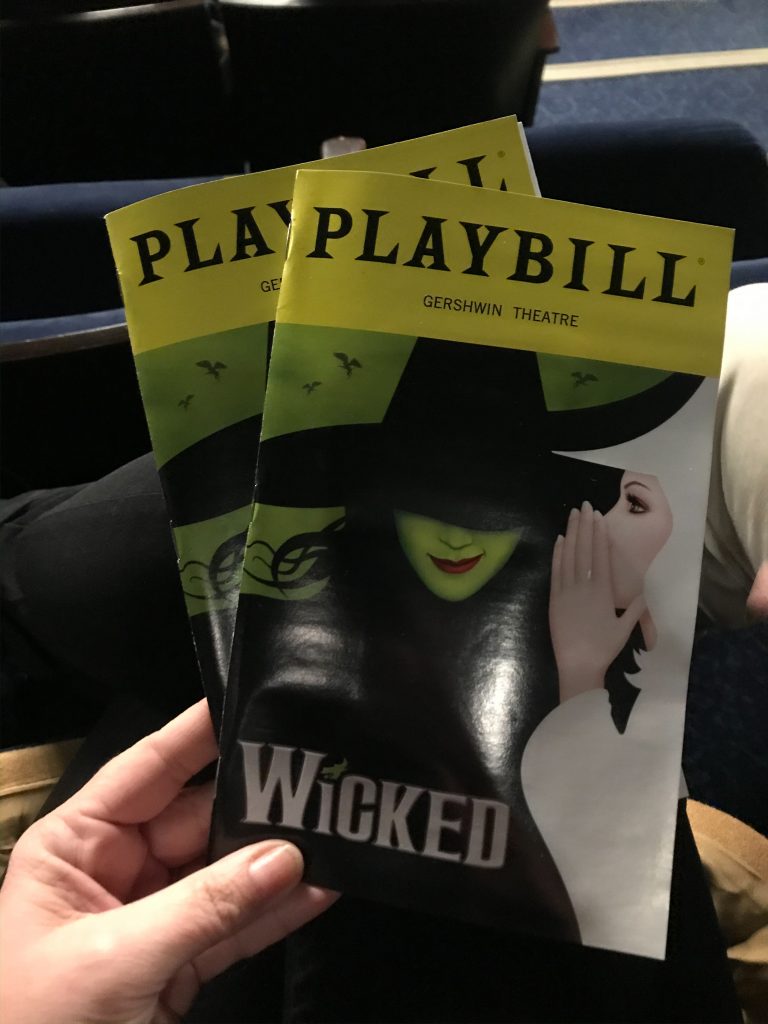 We packed each and every day and had the best time!! It snowed while we were there one day which was pretty much icing on the cake. 🙂 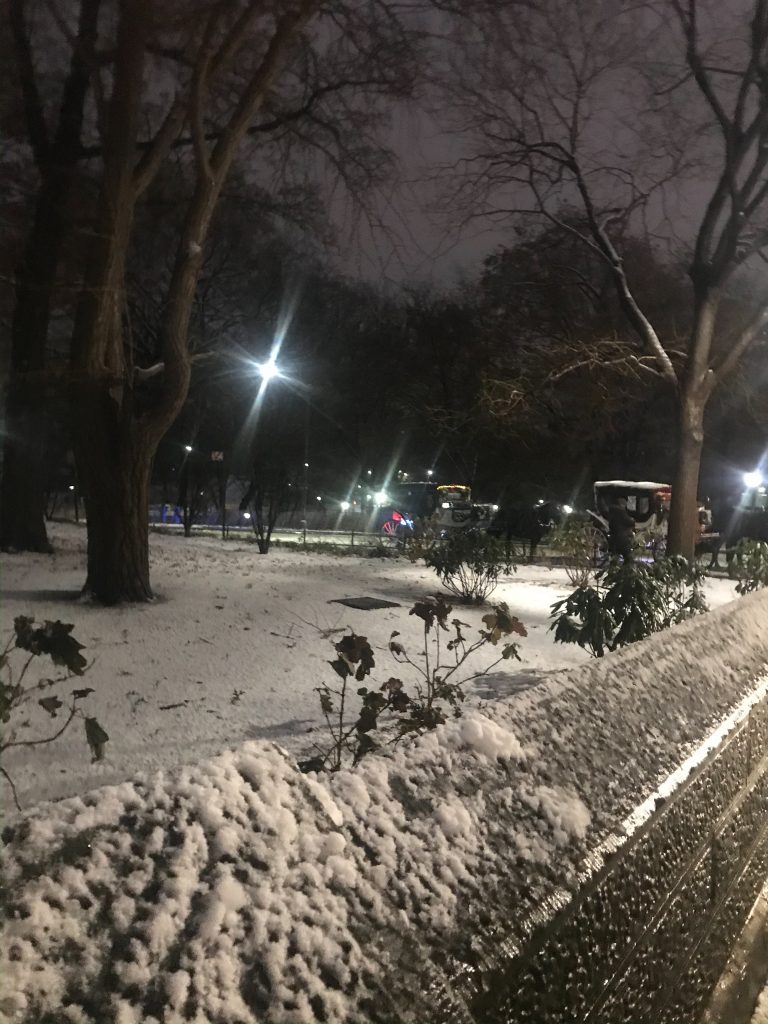 What was my favorite?? Ice skating in Central Park! It was just as magical as I thought it would be! 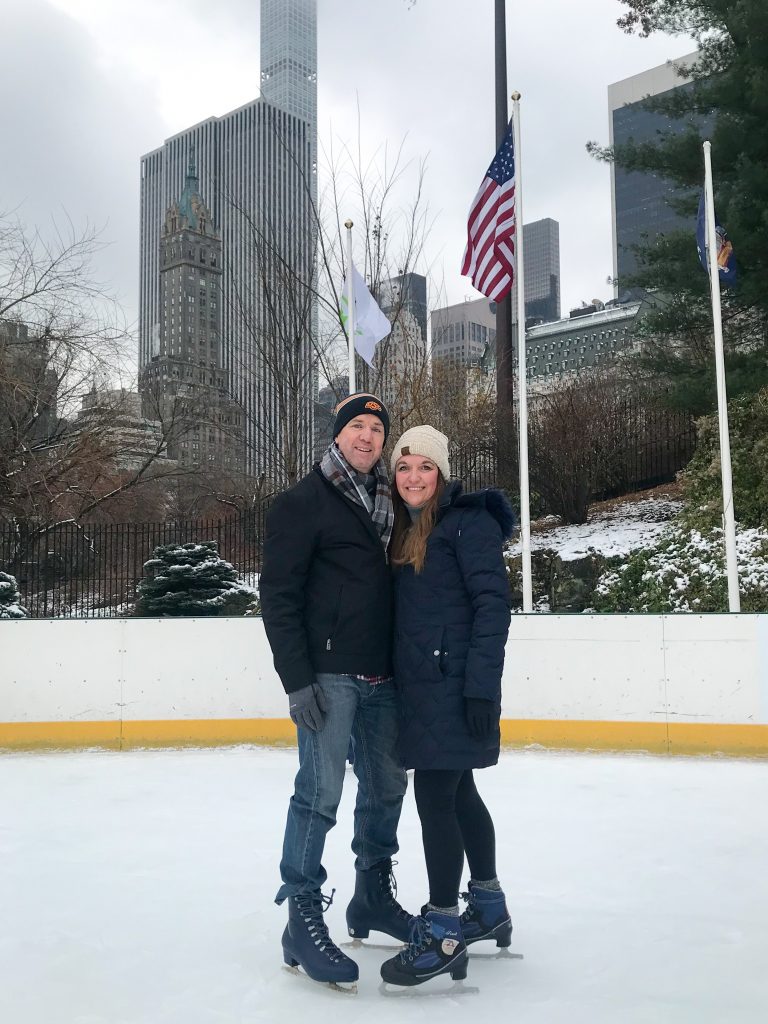 We settled into the New York City vibe and pace fairly quickly, and we even discussed moving here someday. Hmmm, we’ll have to see about that. 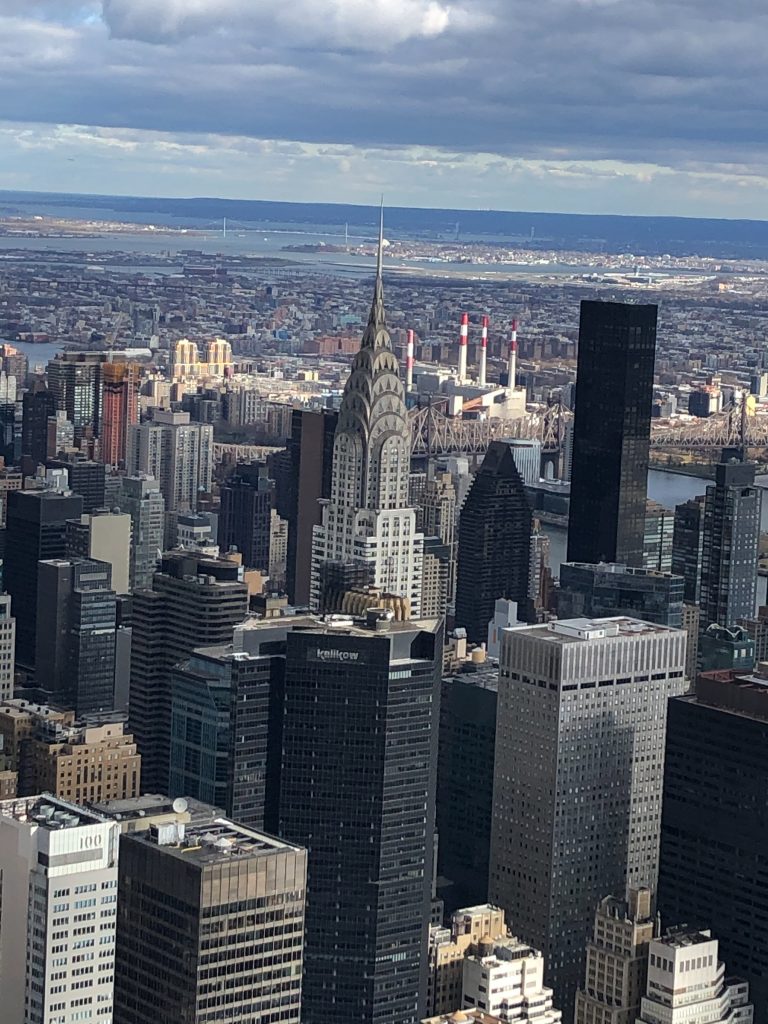 Have you been to the Big Apple?? What was your favorite thing??