One thing I would like to say to all parents out there, young and old.  There is NO WAY you can make everything “fair” between your children.  No matter how hard you try, it’s not gonna work. So…don’t try.

It’s ridiculous for anyone to expect things to be fair and equal between different people.  We live in the real world, like it or not, and we know that out here in the real world things are not always (or most always not) fair.

And, in my humble opinion, why should they be??

As far as kids go, we do our best to treat each one as an individual.  So, in doing that we discovered, early on, there was no way things could be equal all of the time. Does that mean we love one kid more than the others. No!  Does that mean that one kid might get more attention, more money spent on them, more gifts, more privilege, lavished on them at one time or another. You betcha!

Take this Christmas for instance.  We established years ago that our kids would only receive one gift from mom and dad at Christmas.  Now, you might say – “well that seems fair, everyone is getting one gift.”  Well, it could be seen that way, except does that mean I have to wear myself out trying now to spend the same amount of money on everyone?  Ha!!  Not in this house!  Ain’t nobody got time for that!!  This year, our oldest got a ‘new’ (to him) car.  You can bet your boots we did not spend that much on all three of the others combined!! But, he’s a senior, he has received several academic accolades this year, and we wanted to surprise him, so we did. 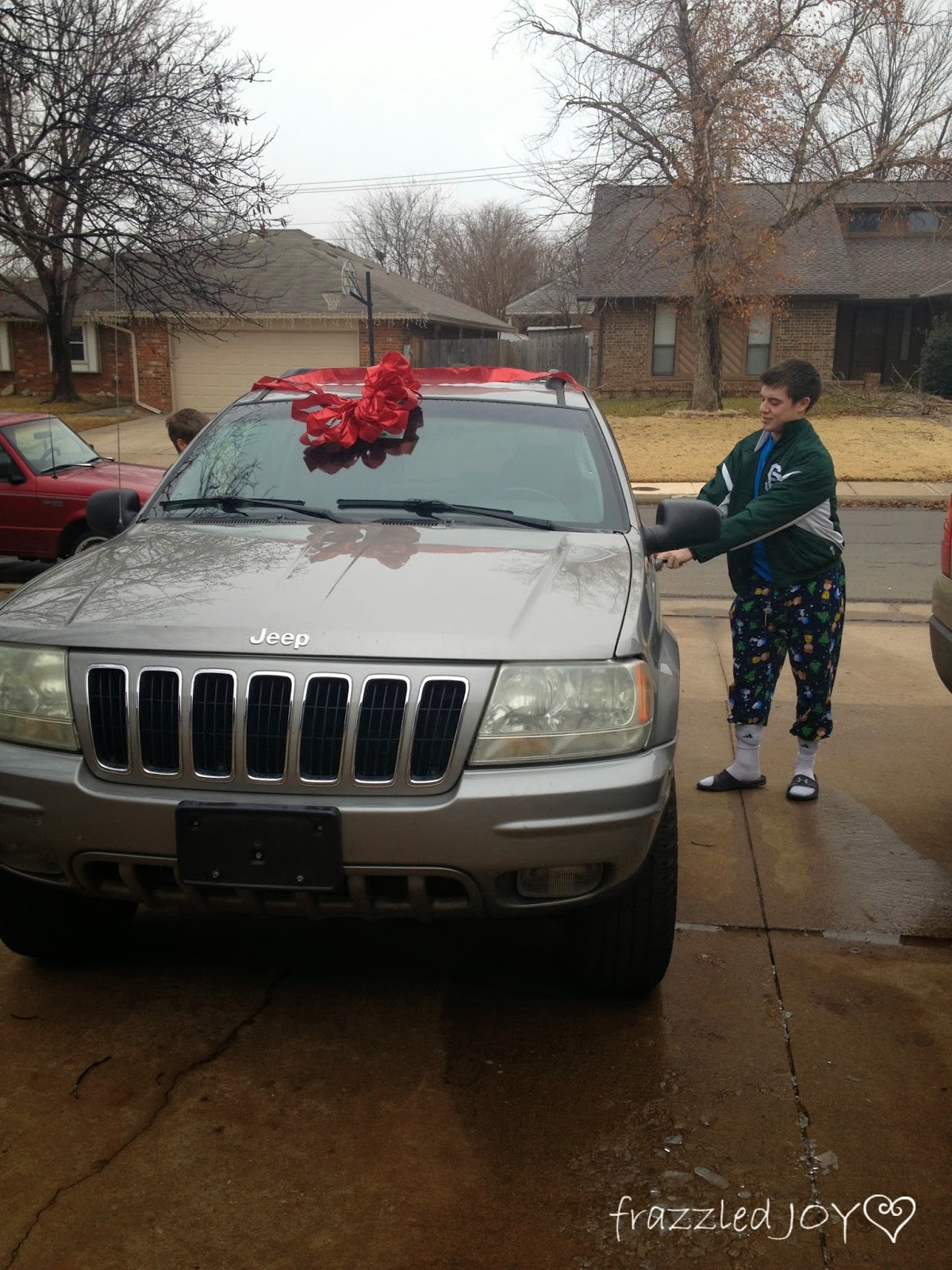 Surprisingly, we had no jealous kids (not even the other teenager).  They weren’t looking at their presents and wondering where the rest was.  They were happy for their brother, and that was that.

I’m not saying they never complain.  They do.  They are kids.  But, when they do we are quick to tell them that things don’t have to be fair, and they won’t be.

For us as parents, we would much rather they learn how to deal with this now, and learn how to rejoice in other people’s gain, then to call us whining about it when it happens out there in the world.

Give yourselves a break.  Love your kids individually for the awesome person God created them to be, and celebrate that whenever and however YOU choose, without worrying about the reactions of the other children.  They’ll get over it.  And, their special time will come.  See, in the end things usually balance out – not perfectly equal, but equally special.  Just don’t kill yourselves trying to make it that way in every little moment.

Love and blessings to you moms and dads!!  Keep up the good work!!

This guy right here is my rock. He has supported m

Anyone need a Milo update? 🐶😂 5 months old a

Remember this fall porch from a couple of years ag

I haven’t posted a home picture in a while! Too